On The Gate, LLC

On-The-Gates' executive staff have been in the Correction Law Enforcement business for more than 30 years and are experts in the field of penology security and safety.

We are acutely aware of the problems caused by violent and unruly inmates in today's prisons, institutions, and jails. Our team's experience has been gained through "on-the-job" real-life working conditions found in the everyday operations of jails and prisons. Several Company team members and advisors are retired from the correction industry. Having held such positions as "Chief of N.Y.C. Corrections" (Ret.), and "Warden I (Ret.) Riker's Island, N.Y.C ", our team's vast knowledge and insight in the daily operations of the jail and prison industry has led to the development of the innovative Patented Anti-Splash System (PASS). The Patented Anti-Splash System is designed to increase the safety and security of correction personnel while reducing the budget expenditures of prisons, jails, detention centers, and other secured institutions.

The Patented Anti-Splash System is a unique design many years in the making. It is the only system on the market today that incorporates a high security, tamper-resistant locking mechanism, with a pneumatically assisted vertically opening door for one-handed operation. The Anti-Splash System also boasts a see-through (clear) ultra-tough polycarbonate detachable tray with a 280-degree field of vision.

The Patented Anti-Splash System is Proudly Made in the USA, and we're proud to support the workers of America.

David Reisender
Founder; On The Gate, LLC
ON THE GATE'S Goal is Simple:
To Protect Those That Protect Us! 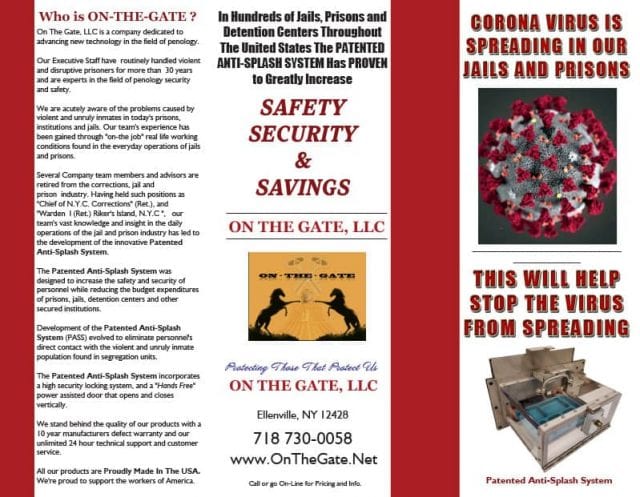 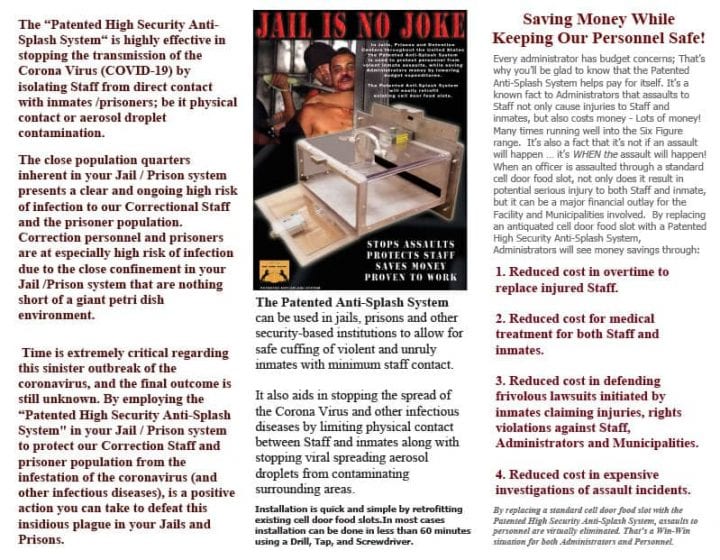 Get a Price Quote Now